Take part in your very own Olympic beach games​. Compete over a series of fun team sport games​, aim to collect as many 1sts as possible​ while improving your competitive edge and team skills​ and become the winners to receive your GOLD Medals!​ 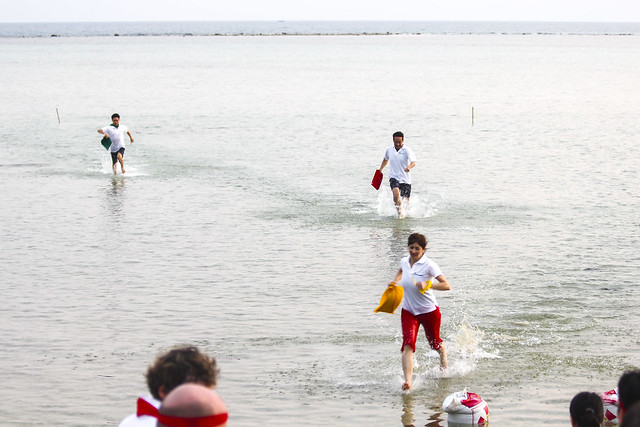 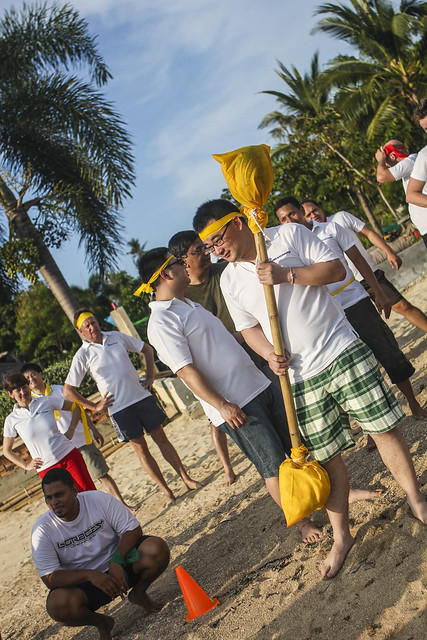 Just as in the real Olympics, various competitive and mental contests await the teams, aiming to achieve the highest possible position. Teams are challenged with a series of team games based on Olympic games with a twist to test and improve their teamwork. After the event finale, the team that performs the best is crowned Olympic Champion and bask in the gold medal glory! Teams receive their own headbands, flags and T-shirts with unique Olympic numbers. 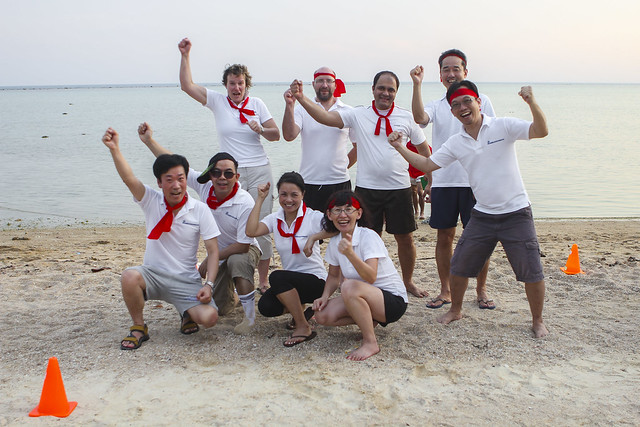 Olympic games include a mixture of one-on-one and team versus team challenges, in a competitive format, some slightly physical others mentally challenging and each activity requires full participation of everyone in the team. The event starts with a couple of ice-breakers and finishes with an event finale.

Below are two example challenge instructions as provided to the teams during the activity:

Beach Sumo
“The goal of this game is to push each other out of the Sumo ring more times than the other team. Teams stand around the ring and one person competes with another from the opposing team by holding a yoga ball each and bumping it against the other until one touches the ground outside the ring. When that happens, one point goes to the other team and the next pair enters the ring to compete until all have competed.”

The location for the event is usually at the client’s hotel or nearby beach at walking distance of the hotel.

After each game scoring is given to each team and the sub-total is announced until the last game. Final scoring is done during the event debrief and the team with the most points is the winner and will be awarded with gold medals.

Insurance and instructor supervision at all times is an important safety factor, and in the event of an emergency of team member withdrawal, transport and medical backup will be standing by.

The event briefing and debrief takes place at the activity location. The group is separated into teams and introduced to their facilitators, then the lead facilitator gives an introduction of the event including (safety) instructions and objectives for the activity.

During the debrief, the facilitator discusses the event challenges and asks each team questions to assess their performance before announcing the winning team (if applicable).

Briefing and debrief usually take around 15 minutes each but can be extended for more in-depth analysis of team performance.

Outdoor Olympics T-shirts with your logo

Lunch or dinner in a local restaurant

Gifts for all participants

Below are three options for Outdoor Olympics with different inclusions and rates all tailored to best match your budget and requirements. The Bronze option is a fixed program with few inclusions but the Silver and Gold packages include extra benefits and allow selection of some or all challenges. On the pricing page we offer further optional extras. The full day activity will have up to double the number of challenges.

Race around the globe in a virtual adventure with your team!

Put your wits to the test with this mind-bending team escape challenge!