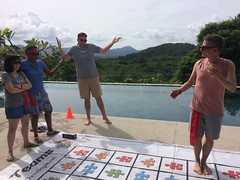 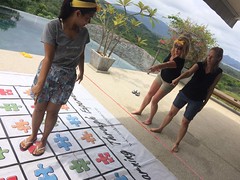 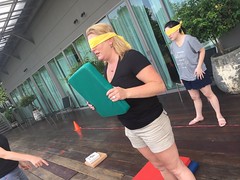 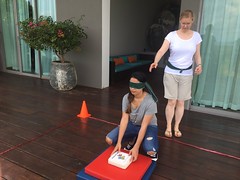 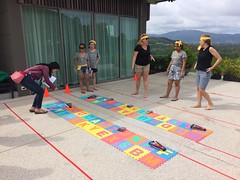 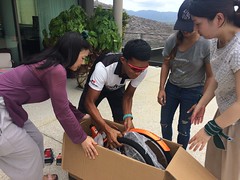 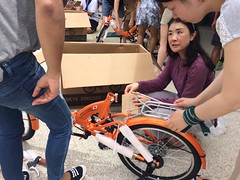 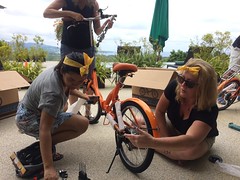 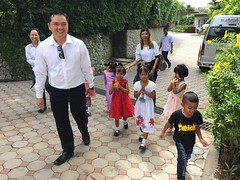 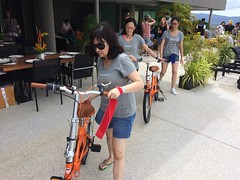 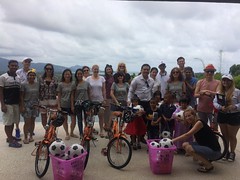 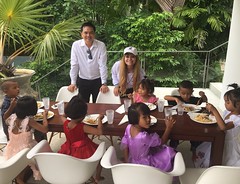 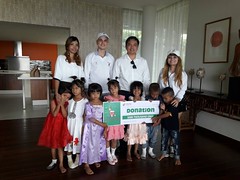 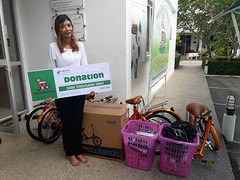 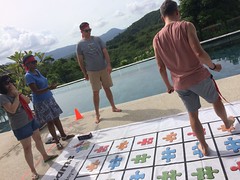 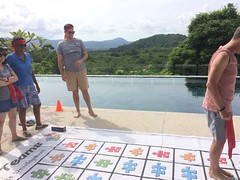 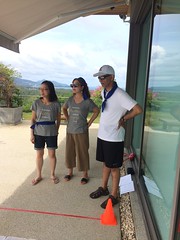 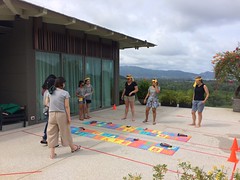 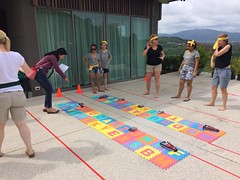 This was a Build a Bike team building event with Roche in Phuket, Thailand.

Making Teams organised a Build a Bike team building event in Phuket on 22 June 2017 for 20 delegates from Roche Diagnostics Asia Pacific. The morning event included a series of Outdoor With Fun games followed by building and donating the bikes to the children of an orphanage.

The program took place in Phuket, Thailand. The group stayed in the beautiful villa La Colline situated up the hills of Layan, near the National park, with use of the outdoor areas of the villa for the games.

The Outdoor With Fun games took place in a rotation style event at different spots around the large villa, besides the pool, the deck near the guest rooms and near the dining room.

It was the second Roche Diagnostics group Making Teams handled this year after a similar successful event with delegates from Hong Kong in Bangkok earlier. This group was the management from the Singapore based office.

The objectives for this get-to-getter was mainly to conduct an activity out of the day-to-day meetings and to give back to the local community. The games in the morning were based on the learning objectives Trust, Communication and Leadership.

The three games in the morning Outdoor With Fun activity had been selected by Roche beforehand and included Minefield, Inventory Transfer and Keypunch. The games selected reflected their objectives best and were ideal for the spaces available at the villa. After each game, each team received a part of a bike and the winning team also received a point. After all teams had conducted the games, each team had collected enough parts to build a children’s bike. The team with the most points also received help from a mechanic.

During the Build a Bike part, teams were given a bike frame and tools to build their bikes in a pre-set time limit of 30 minutes. The fastest team was granted to hand over their bike first. When all teams had build their bike and lined them up in front of the pool, the children of the orphanage came down as a surprise to all delegates.

The final part of the day was the ceremony in which teams got the chance to hand over their bike to the children together with the other donations they had bought. Donations included necessities such as tooth brushes and shampoo and toys such as soccer balls.

After the whole program there was lunch provided by Roche at the villa and the children were invited to it too.