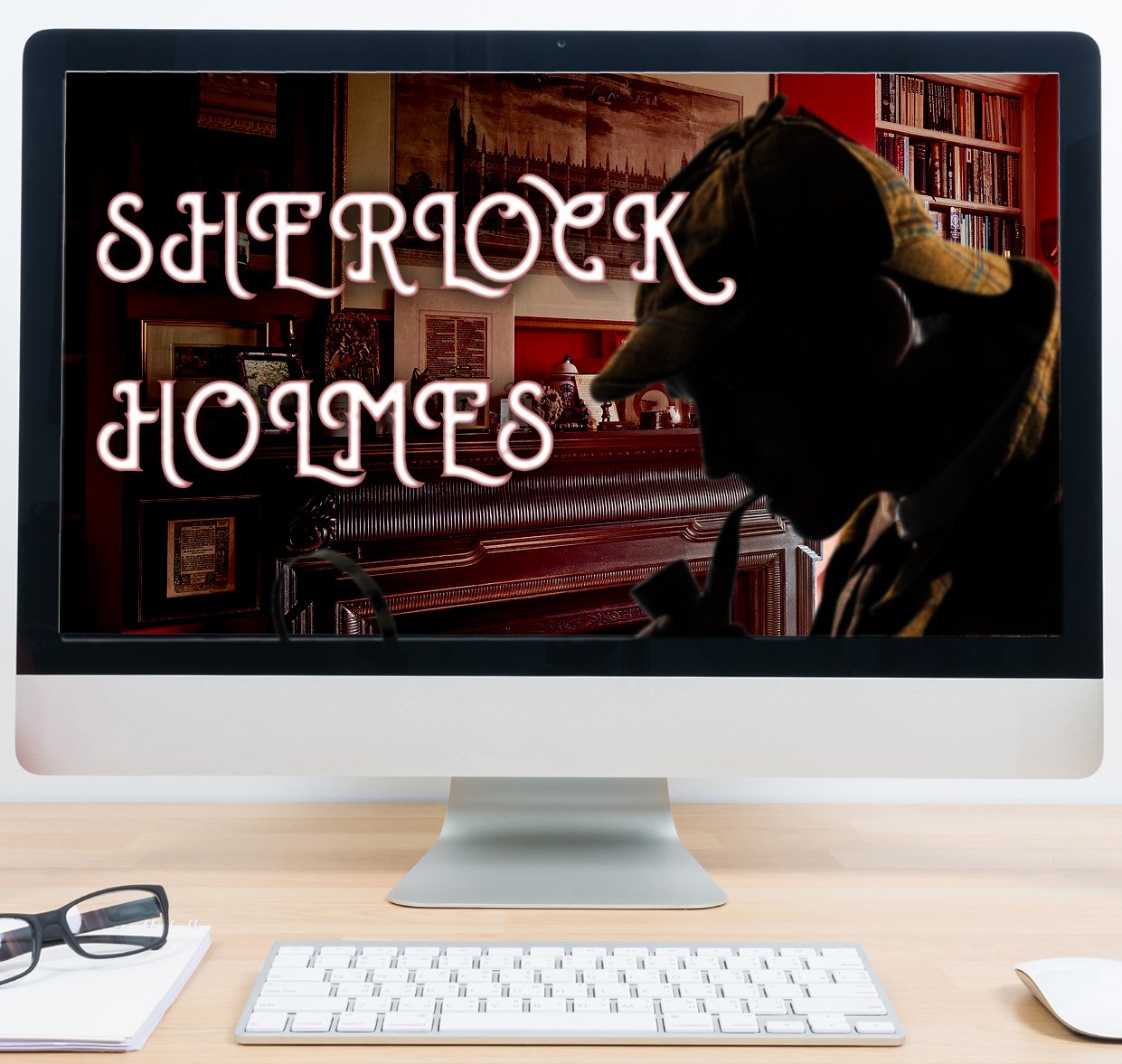 Virtual escape room. Sherlock Holmes and the case of the new assistant

“Walking from Victoria Station by way of Piccadilly, I strolled through Mayfair and Hyde Park, before winding my way down Baker Street for my appointment with the notorious and enigmatic Mr. Holmes.

I had travelled up by locomotive from Bristol’s Temple Meads station that very morning, that magnificent Victorian edifice built by no lesser son of the empire than Isambard Kingdom Brunel.

Baker Street was busy that April London day. I had espied a few of the new modern petroleum automobiles in the more affluent area of Park Street, but on Baker Street it was simply horses and carriages rattling over the cobblestones.

I stopped outside 221b. The door was ajar, and when I reached hesitantly up to knock, it swung inwards. I coughed. “Mr Holmes?” I called. There was no answer, so as the newspaper advertisement instructed candidates to attend a room on the second floor, I decided to walk up the stairs and upon finding a door on the landing also standing open, I removed my hat and peered inside.

What I saw was an overflowing, well used – if slightly threadworn – study. My eyes swept across a large desk under the window cluttered with a curious selection of objects, several bookshelves, a large floor safe, a carved wooden fireplace and a music stand with a violin positioned next to a piano.

I called out again, and after hearing no reply, I stepped inside. The door shut behind me.”

England’s most famous detective is hiring! Do you have what it takes to become the ultimate sleuth’s new assistant? Then try our new online escape room featuring Sherlock Holmes.

For this new game we have created the whole adventure in a virtual reality 3D scene, set in the Sherlock’s apartment in Baker Street. Pan and zoom to look around the room and examine items scattered around the study at 221b and click on the items to investigate and solve fiendish puzzles to break out of the room in record time and impress the great man himself.

If you are new to escape rooms, this is a great place to start as it includes some classic escape room puzzles and is of medium difficulty level. If you are more familiar with escapes or consider yourself an expert, then go ahead and challenge yourself to set a record time!

This game is designed to take about one hour to complete, and of course like all our escape rooms and virtual activities it’s best played as a team! Work together with your colleagues or friends to maximize your resources and investigate together and see if you can set a record time to escape and solve the mystery.

Unlike some other online escape rooms, we don’t rely on entering text in boxes to move on or static images. Our puzzles are fully interactive using dials, switches, drag and drop and items such as keys that you can put in locks to turn and open. In fact, it’s as close to a real-life escape room as we think you can find in an online environment. Of course, like all our games it runs in the browser directly with nothing to download and nothing to install.

If you would like a free demonstration of this new game, please contact us for a demo in Zoom or Microsoft Teams, or send us an email and we will send you a demo link for you to play on your own and try out this or any of our online escape rooms.