The Build a Bike activity is a popular and rewarding way of collaborating and working closely as a team to make a real difference in a local community. 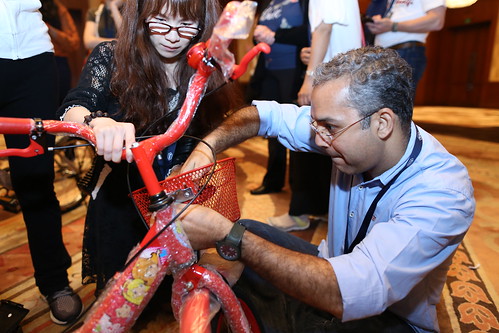 The group will be divided into teams of 10+ participants. Each team will be tasked to complete a series of games in a competition against other teams. After each game, teams receive parts of a bike which they bring along with them to the second part of the activity; building their team’s bike. At the end of the day the bikes are donated to the children of the charity in a surprise ceremony with everyone involved.

There are a number of charities and projects to choose from and Making Teams can select the charity together with the client.

By donating the bikes, the teams will get the chance to to make a real difference in a local community and the lives of the people in it. 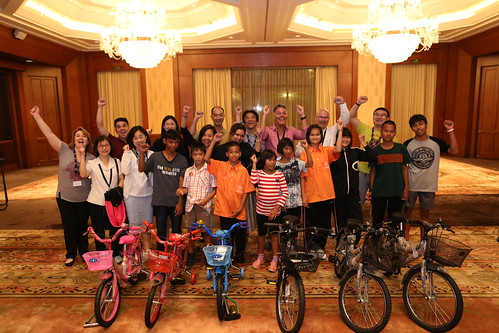 After each game, the winning team receives a point and part of the bike to construct in the second part. The team with the most points receives help from a professional bike mechanic. The first team to finish constructing their bike wins and receives an award.

Safety is an important aspect of this program and before we send the bikes to the beneficiary they will be checked by professional mechanic to ensure proper functioning and the kids can ride them with joy!

Pre-briefing and debriefing lead by instructors can form a part of the process, both to enhance the learning outcomes and experiences of the delegates. Usually the beneficiary is invited to receive the bikes donated by the client but the presence of the kids is kept secret until the last moment to increase the impact of the experience of both the kids and delegates.

Starting with a four hour half day option, this activity can be expanded to an eight hour full day event.