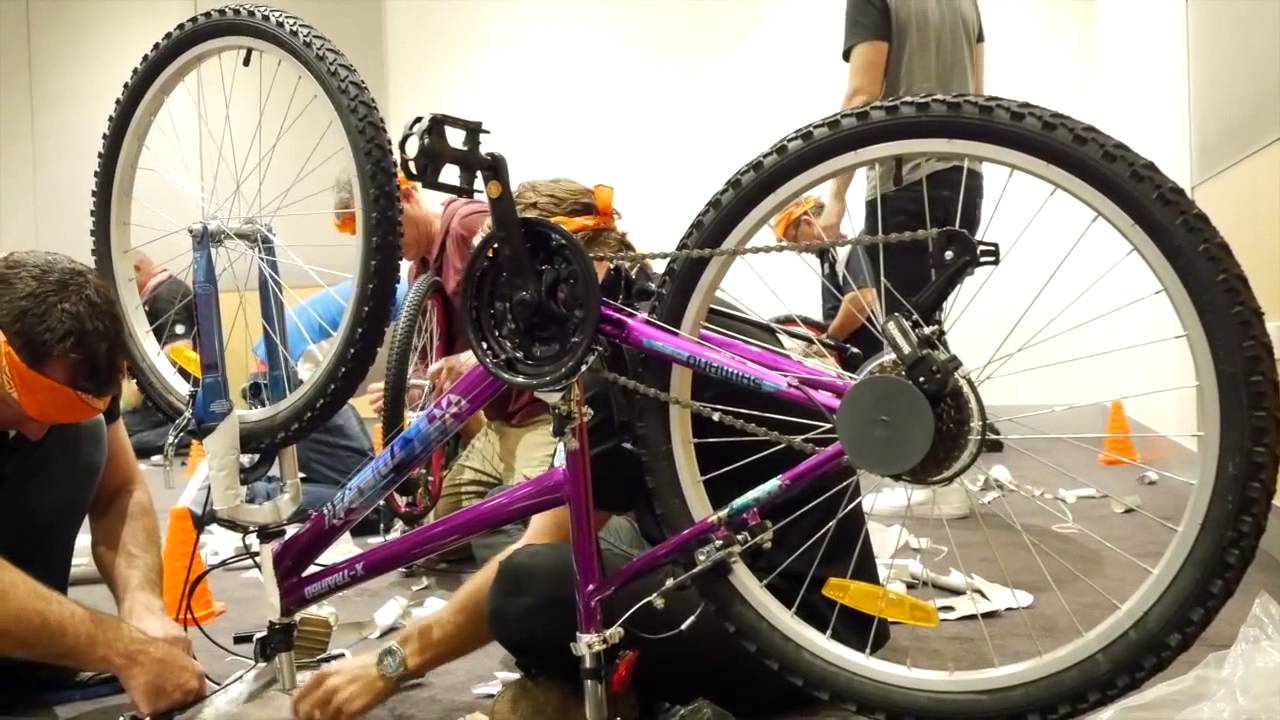 This was a Build a Bike team building event with GE Healthcare in Chiang Mai, Thailand.

10 Delegates from GE Healthcare company stayed for an executive retreat at Anantara Resort Chiang Mai and enquired for a CSR build a bike charity event with Making Teams. As usual Making Teams offered three options and Huntsman selected the Silver option; a build a bike program combined with outdoor with fun games, to win bike items to help make the bikes and then deliver in person to the beneficiary.

The client for this Build a Bike program was GE Healthcare Singapore, with representatives from Australia, Malaysia, the Philippines and Vietnam.

The objectives for this team building event was simply to enjoy an activity together outside of work and meetings and to make a personal company donation to a worthwhile cause.

After a brief introduction by the lead facilitator, the group was split into two teams of 5. Starting with a fun Dancing circle activity and Line me up game where getting in orders is the key, the teams, blue and green competed over 4 activities to win bike accessories or remove blindfolds aiming to gain an advantage for the build the bike finale.
The first main activity was group jump rope. Teams needed to find the rhythm and get their group jumping together, the next game was Change Wave where there task was to turn over the sheet without falling into the sea and the final team building activity was the Inventory Transfer, for which they had to unravel the code to move the tower over 3 pivotal points. Both teams performed admirably, however the green team chose to remove blindfolds to make the bike building easier.

In the bike building teams received spanners, screwdrivers and accessories and they had to work together to build two bikes each blindfolded. The winning team received the assistance of the mechanic who checked all the bikes before departing from the beneficiary location.

At 5pm, the delegates left the hotel for a 30 minute journey to the Agape Children’s home, in the Sansai district of Chiang Mai. Transfers were provided by the beneficiary and upon arrival the delegates were treated to a short tour, followed by meeting the recipients of the bicycles. Two boys and two girls were chosen to be the lucky beneficiaries and were presented with the bicycles. Group photos were taken and then the new bike owners had the opportunity to try out their new gifts. By the end everyone was able to feel joy and satisfaction knowing that they had made a difference in the lives of these children.

Number of People Per Team