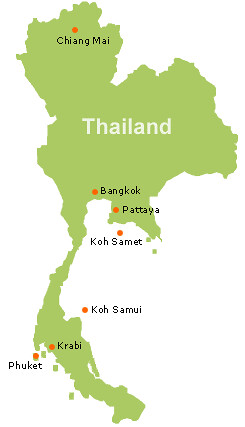 Thailand is an ideal choice for any corporate MICE event or team building destination. It offers great value for money, fantastic locations for many types of activities, and a great corporate event infrastructure. Many hotels offer specialist corporate services, dedicated conference rooms and event management spaces.

Important factors to consider when choosing a MICE destination include easy access by air or road, at least one good quality exhibition centre and an adequate range of three to five star hotels. It must also be an attractive destination, value for money and have a local professional event organiser like Making Teams.

In our world of shrinking budgets and value driven choices Asia ranks number one. Your dollar goes further and it offers some stunning options that can keep international travel in your budget.

Why is Thailand great for team building?

Bangkok is ranked 15th on TripAdvisor’s 2016 Travelers’ Choice list of the list, along with three other Thai destinations:  Krabi (12th), Chiang Mai (14th) and Koh Samui (15th). It is no surprise that Thailand continually appears on lists of the Best Places to Visit year after year.  Thailand offers something for everyone – from luxury travelers, city slickers and solo travelers to backpackers, sun-worshippers and families. Thailand provides visitors the opportunity to experience her wealth of diversity at a surprisingly affordable cost.

Here are 9 reasons Thailand is the perfect place for your next incentive trip or team building event:

Thailand receives almost 30 million visitors per year which means she is an expert hostess!  Would-be visitors to Thailand find it easy to make travel arrangements with a wide array of accommodation from which to choose.  Thailand’s mature tourism industry offers travelers trips to suit every whim and the high volume of tourists ensures competitive pricing across the board.

Formerly known as Siam, Thailand has the distinction of being the only Southeast Asian country never to have been colonized and therefore boasts a rich cultural history.  Known as “The Land of Smiles” for its traditional greeting of smiling and bowing, visitors to Thailand immediately feel at home and welcomed by the warmth of its citizens.  From her amazing temples to her world famous cuisine, travelers to Thailand easily lose themselves in her beauty and charm.

Whether you’re looking for a thriving metropolis which offers state of the art meeting facilities, opulent dining options and a pulsating nightlife or a tranquil, understated seaside resort in which to hold your incentive trip, Thailand has a destination to suit your most specific requirements.  From picturesque seaside mini-cities such as Hua Hin, Krabi and Pattaya to the cultural center of Northern Thailand, Chiang Mai; or to a rainforest or beach retreat on the islands of Phuket and Koh Samui, you are sure to find a perfect location for your team’s event.

Suvarnabhumi Airport (BKK) consistently ranks as one of the best and busiest airports in the world.  53 million travelers annually fly through BKK and with close to 500 international and domestic airlines operating at BKK, finding flights to and from your home airport is a breeze.

In addition to its extensive offering of accomodation, Thailand has many MICE (Meetings, Incentives, Conferences, Exhibits) hotels on offer.  Selecting a MICE-participating hotel provides you with the peace of mind that the venue understands your team’s needs down to the tiniest detail and will work with you to ensure that your event is a successful one.  You can rest assured that conference rooms, exhibition centers and even the hotel catering for your group will meet and exceed industry standards.

Thailand’s climate is tropical year-round which means that anytime is a good time!  There are technically three seasons:  cool, rainy and dry which influence peak seasons for travel however, fortunately, they vary somewhat by region.  April and May tend to be very hot across the country with temperatures consistently around 30C/86F mark.  Selecting a destination during low season has the advantage of lower cost.

The World Economic Forum ranks Thailand in the top one-third of countries in their 2016-2017 Global Competitiveness Index and Report.  The competitiveness index is used to define a country’s potential for growth and prosperity and measures 12 aspects of a country’s economy including: infrastructure and technological readiness.  This means that visitors to Thailand find navigating and traveling within Thailand easy and efficient.  Most signs are written in English along with Thai and as tourism is a large part of the Thai economy, English-speaking assistance is always readily available.  Free Wi-Fi can be found in even some of the most remote villages so that your teams can easily stay connected.

Thailand has 127 national parks; 22 of which are marine national parks. This vast amount of relatively unspoiled land and seascape provide plenty of opportunities for taking photos and for making memories that will last a lifetime!  Individuals and groups will find it easy to sightsee on their own or to schedule tours with one of the many local touring companies in their downtime or to simply relax and soak up some rays on one of Thailand’s many beautiful beaches.

Team building opportunities in Thailand are as diverse as the country herself!  Team building outings styled on popular television shows like The Amazing Race and Survivor provide groups with the opportunity to improve their professional relationships by working towards a common goal in unusual and breathtaking settings.  Discovery trips and treasure hunts designed by our team of experts who also have a vast knowledge of each region’s flora, fauna and cultural highlights guarantee new and unique experiences for all.

There are also plenty of activities which encourage teams to get better acquainted in a less adventurous manner but still enjoy themselves such as our indoor with fun, outdoor with fun and Hotel Survivor sessions. Our seminars provide valuable insights into team dynamics as well as tools for improving productivity and communication. Our CSR activities are well-suited for groups and companies who are civic-minded and want to contribute to the environment and/or community.  Activities are structured to provide ample space for personal growth, professional development and exploration of Thailand all in a safe manner.

Thailand, the ‘land of the free’, is located in the heart of Southeast Asia. It is bordered by Cambodia to the east and Laos to the northeast, and Myanmar lies to the northwest. Thailand hosts many diverse ecosystems such as the beautiful, forested hills of the northern frontier and the rice fields of the central plains.

The rugged coasts stretch far along the Andaman Sea and the Gulf of Thailand and are covered with forests and wildlife, including tigers, elephants, wild ox, leopards, and the Malayan tapir. Cobras and crocodiles can also be found in Thailand, and in the deep forests, one can also find enormous trees and exotic plants such as the carnivorous pitcher plant. A predominantly Buddhist country, Thailand boasts magnificent architecture with many palaces across the land and much history to explore, and cuisine influenced by Chinese and Indian cultures.

Typical Thai cuisine is spicy. Many common dishes contain chillies, lemongrass, basil, ginger, and coconut milk. Bangkok is the capital of Thailand and is referred to as the Venice of the East for its many canals – it has more than 83, and as many as 10000 boats crowd them to create a floating market selling fruits, vegetables, and fish.

Thailand is in the heart of Southeast Asia and provides a central travel hub for much of the region. It has 10 international airports because it is surrounded by so many countries and because of its unique location.

There are a few direct flights into Thailand from across Europe. The main arrival location is Bangkok’s main airport (BKK), which provides transfers to cities all across Thailand such as Phuket and Chiang Mai.

Thailand’s climate varies greatly over the course of the year, though it is almost always hot. It is influenced by its location in the tropical monsoon zone of Southeast Asia and by topographical features which affect the humidity and rainfall. Monsoon season begins in May when the humid air masses of the southwest monsoon flow in from over the Indian ocean. This brings with it incredible amounts of rain.

Rain falls almost every day from May to September when rainfall eventually reaches a maximum. There are variations in the amount of rainfall across the country, especially on the peninsula. On the west coast, Ranong gets about 160 inches of rainfall annually, while Hua Hin gets roughly 40 inches. Between November and February, the weather is steadier and the northeast monsoon brings cooler, drier air and fresher temperatures. Stagnant air in March and April produces a distinctly hot and dry inter-monsoonal period.

Temperatures are steady across the nation throughout the year. The average temperature is between 77 and 84 degrees Fahrenheit (25 and 29 Celcius). There are still temperature fluctuations, such as in the north of the country where frost occasionally occurs at higher locations in December, and in the south where maritime influences moderate the temperature more in the south. Morning fogs often last until the early afternoon in the north and northeast during the monsoon season. Humidity is extreme everywhere in the country during this season.

Thailand is a country about the size of France or Spain, or roughly double the size of the state of Wyoming, and is therefore rich in history. Around 4000 years ago people built settlements in the hills of what we now call Thailand – the first one is thought to be Ben Chiang. Pieces of pottery that are over 2000 years old have been dug up in this area; there is certainly plenty of history to explore and uncover.
The fabulous temples and palaces sprinkled across the country are a wonderful tool for getting a new cultural perspective. In Bangkok, there is the famous Grand Palace, which is now over 200 years old and remains perhaps the most recognizable attraction in the city. Since 1782 this gold-adorned palace has been the residence of the Kings of Siam (and then Thailand).
And while you are at the palace there is the Emerald Buddha nearby – one of the many magnificent statues which adorn the country – and Wat Pho, home to the largest reclining Buddha in Thailand.
Outside of Bangkok, there are many attractions. There is the point where the Mekong River meets the Ruak River. This is known locally as Sop Ruak, but to the rest of the world, it is The Golden Triangle: the point at which Myanmar (Burma), Laos, and Thailand meet. You can hire a boat here and visit the many market stalls and the local Buddha and elephant statues, and explore the surrounding beauty of nature.